Apartheid Accusation Against Israel Doesn’t Square With the Realities

With the looming prospect of Israel’s annexation of certain portions of Judea and Samaria (commonly known as the 'West Bank'), the protracted Israeli-Palestinian conflict is an important issue for readers of the Omaha World-Herald to learn about and form an opinion. Three recent letters to the editor, however, were rife with misinformation and misleading accusations. The authors of these letters did bring up some worthy points for debate, but only with a proper understanding of the history and context of the conflict can deliberations be made as to the United States' ideal position and role in the conflict going forward. 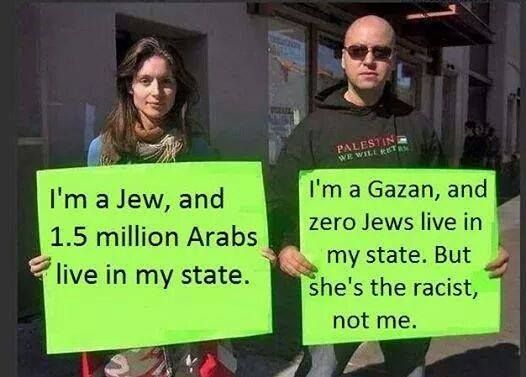 First, a history lesson is in order. There was no "state of Palestine" prior to 1948; Palestine was a name imposed on the area by the Roman conquest and remained during Ottoman, and later British, control of the area, which included Transjordan (today, the country of Jordan). Before 1948, Jews living in the area, along with Arabs, were all referred to as "Palestinians." Jews have had a continuous presence in the area since the time of their ancient kingdoms (predating Arab colonization) and have been living elsewhere largely due to persecution, expulsion and deprivation from their ancestral homeland.

Second, context matters. Most of the land controlled by Israel currently in dispute was lost by surrounding Arab countries in various wars (most notably in 1948 and 1967) that aimed to annihilate the nascent Jewish state, but failed. Further, much of the territories gained were returned in exchange for peace (with Egypt in 1979, and with Jordan in 1994). However, Palestinian leadership has rejected numerous peace proposals that would relinquish Israel involvement in their affairs. The 1937 Peel Commission and the 1947 United Nations partition, both of which would have created two independent states (one Jewish, one Arab) with designs greatly favoring the Arab population, were rejected. Yasser Arafat rejected a plan offered in 2000 that would have provided a Palestinian state comprising 95% of the West Bank [Judea & Samaria], including East Jerusalem and even sovereignty over the Temple Mount. A similar plan offered in 2008 was also rejected by Palestinian leadership, and this same leadership again stymied attempts at negotiations in 2014.

"Apartheid" is a system that segregates based on race. Around 1.5 million Israeli Arabs live in Israel, where they enjoy full citizenship, work, vote, pay taxes, volunteer for military service, serve on the Knesset (Israeli parliament) and even sit as justices on the Supreme Court. In contrast, no Jews live in any area controlled by Palestinian governance, and any future proposed Palestinian state will be enshrined in law as forbidden for Israelis to live in or even visit.

While Israel's annexation plan is admittedly controversial and far from universally supported, it aims to extend sovereignty primarily over housing settlements comprised of Israeli residents who are already subject to Israeli law. Most developments in the peace process — from the creation of the Palestinian Authority in 1994 to the unilateral Israeli withdrawal from Gaza in 2005 — have involved Israeli disentanglement from the everyday affairs of Palestinians, not further control over them.

Unfortunately, a large segment of Palestinian society, including and especially much of its leadership, currently embrace a poisonous ideology that prohibits any genuine acknowledgment of Israel's existence and forbids any willingness to coexist by forswearing acts of sabotage and terror.

The goal of the United States, as it has in decades past, should be to entice both Israeli and Palestinian leaders toward negotiation that produces a two-state solution. Public support should continue for the U.S. to continue to play this vital role — but that requires the public to be provided an accurate account of the conflict, free from misleading claims.

← Puncturing the Big Lie of Palestinian Identity The Chosen Land →